NPR covered an extremely disturbing story a couple of weeks ago. It studied the treatment of pregnant women in prison and their childbirth experiences. Certainly it would be understandable for a convicted murderer or a serious violent offender to have possibly one handcuffed hand during their birth experience, but what about for other crimes such as theft, fraud, etc? This story opened my eyes to the horror that these women experience in the United States prison system. Some women talked about their guards not believing that the women were in labor and delaying their travel to a hospital. Some remained shackled until it was “time to push”. Only ten states outlaw this practice: IL, VT, CA, TX, NY, NM, CO, WV, PN, according to Unsilent Generation and Prison Fellowship. In 2003, Illinois was the only state with this law, and since then, with help from the American Civil Liberties Union, this issue is coming to the forefront. A historic case was just won by Shawanna Nelson, prisoned after committing a non-violent crime, who was shackled during her labor and birth.

After childbirth, the majority of states do not make special arrangements for the care of newborns in prison. After birth, mothers and babies are separated within hours and the baby is sent to live with a family member or goes to foster care. New York, Ohio, California, Indiana, Nebraska, West Virginia, and Washington are exceptions; prisons in these states have nurseries in which infants are allowed to live with their mothers for up to 18 months. (Here and here are accounts of mother-infant bonding in jail.)

Thankfully, there are many human rights organizations, not just the ACLU, fighting for these mothers. Gail Smith, executive director of the group Chicago Legal Advocacy for Incarcerated Mothers, equates the shackling of laboring inmates with torture: “I think that there is a general attitude on the part of some people that they don’t deserve to be treated with full human rights, and I find that appalling.”

Devastatingly, jailed mothers are not given equal protection under the law. There is sure to be intense mistreatment if the mother is not informed and is not taken to a facility of doctors and midwives who will fight for a woman’s right to birth, even in the states that have banned shackled birth. The Chicago Tribune recently wrote an article, emphasizing one woman’s horrific ordeal. My prayer is that human decency will prevail and women will receive protection for the most sacred act they can perform: childbirth.

I am committing myself to discovering the laws in my own state, researching what organizations are fighting to protect jailed women and their babies, and writing an op-ed piece in my local paper to expose this monstrosity. Would you do the same? We must fight for our most basic human rights and stop treating women in a manner that can be equated to many Muslim nations. 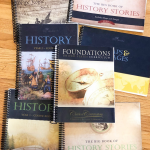 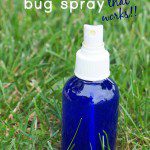 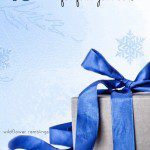 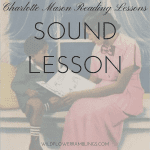 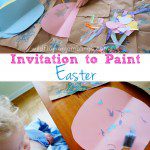