The first Kevin Henkes book I read was the sweet book Chrysanthemum. This book is about a sweet little mouse who is unhappy with her very long name, Chrysanthemum. It is a story about accepting yourself as well as embracing others and their differences. I’m sure that many of you recognize this classic, but did you know that Mr. Henkes wrote nine books based on his mouse characters, all friends of Chrysanthemum? They all share wonderful lessons, particularly about accepting others or facing new things, such as going to school for the first time.  Here is a complete list:

Mr. Henkes also wrote and illustrated board books for children in a box set entitled A Box of Treats. These are all about special treats that the mouse characters love and sometimes get into trouble with. Lilly’s Chocolate Heart, Owen’s Marshmellow Chick, Wemberley’s Ice-Cream Star, Julius’ Candy Corn, and Sheila Rae’s Peppermint Stick.  Very fun, but it would be great if Mr. Henkes would write more about fruits and veggies!

Kitten’s First Full Moon (2005) won Mr. Henkes a well deserved Caldecott Medal.  This black and white treasure shares the innocent story of a little kitten who thinks the moon is a bowl of milk.  Kevin Henkes is indeed a one of a kind and very versatile author who was inspired by books as a child.  As he states himself:

“I remember drawing at a very early age. I loved it. And my parents and teachers told me I was good at it – that made me love it all the more. I also loved books, and the ones I was lucky enough to own were reread, looked at over and over, and regarded with great respect. To me “great respect” meant that I took them everywhere, and the ones I still own prove it. They’re brimming with all the telltale signs of true love: dog-eared pages, fingerprints on my favorite illustrations, my name and address inscribed on both front and back covers in inch-high crayon lettering, and the faint smell of stale peanut butter on the bindings. I wondered about authors and illustrators back then – What did they look like? Where did they live? Did they have families? How old were they? – but I never imagined that one day I would be one myself.”

Kitten’s First Full Moon and A Good Day (2007) are my two favorites of Mr. Henkes.  The following appears on the back of A Good Day:  “It started out as a bad day for little yellow bird, little white dog, little orange fox, and little brown squirrel. Until . . .  A discovery, and love, and luck and persistence, and a different point of view changed all that. What can turn a bad day into a good day? You decide.”

I love the mouse books, but upon reading them with their simple lessons and sometimes silliness, one might think that they are all he is capable of.  However, every other carefully worded and illustrated book is genuine and unique.  Other picture books include Old Bear, My Garden, and Little White Rabbit.

Mr. Henkes is not only an accomplished children’s book author-illustrator, but he also is a Newbery Honor winner for his adolescent novel Olive’s Ocean.  I must confess that I have not read Olive’s Ocean, but according to his website, it is a coming-of age story about two young girls who never met.  Henkes most recent novel is Bird Lake Moon, about two young boys in the summer as they are faced with tragedy.  I hope to read at least one of these two above mentioned novels in my quest towards reading all of the Newbery Honor and Award winning books. Mr. Henkes has written many novels, and here are a few of his most recent: Sun & Spoon, Words of Stone, Two Under Par, The Birthday Room, Protecting Marie, and The Zebra Wall.

**Author Spotlight: I try to share about a different (and phenomenal) children’s author or illustrator every month or two. There are so many wonderful children’s books out there and it is important to know about and celebrate these wonderful authors. 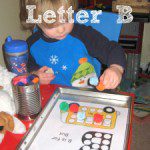 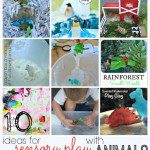 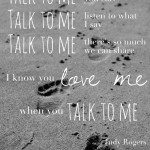 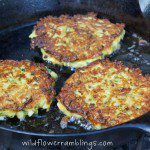