Our list for Living Books for Medieval & Modern History: Classical Conversations Cycle 2 is below! I hope you enjoy!

Most of the books below could be found in your local library. I always suggest searching online, from home, and holding lots of books and going in to pick them up without children. This is helpful when you want to make a quick trip, and also don’t want to argue with children who want to bring home “books” that are simply just worthless twaddle.

Narration is best. This is when a child tells back what they just read. What parts they remember, what parts are important. This is oral until fourth grade when we will begin written narrations which will lend itself to composition in the future. You can find more about narration at Simply Charlotte Mason for a free narration guide or Karen Glass’ Know and Tell: The Art of Narration, which I highly recommend!

To start, Beautiful Feet Books has a beautiful Ancient History Intermediate Pack that I highly recommend.  Their guides are beautiful and well thought out, and the literature choices cannot be beat!  I have scoured many of theses books and cannot wait to get them into my children’s hands when they are developmentally ready for the material!

Recommendations that bring your child through all of Ancient, Medieval, to Early Modern History:

First, The Story of the World series, by M. B. Synge. Each book goes into depth about each topic, I wish there were an audio version available (though it may be on Librovox): On the Shores of the Great Sea, The Discovery of New Worlds, The Awakening of Europe, The Struggle of Sea Power, The Growth of the British Empire. Ages 9 to adult.

John H. Haaren’s Famous Men series has been redone by Memoria Press. Memorial Press has a beautiful student guide (and teacher guide), this is question/ answer, so I will not be using them, but this is helpful for you to have some of this information during lively narrations and discussions. Famous Men of Greece, Famous Men of Rome, Famous Men of the Middle Ages, and Famous Men of Modern Times.

My children love to research using books from Usborne Books & More, and they are wonderful even for the ones that are not yet confident readers, as the illustrations are very engaging and they can learn history on their own just from looking at the pictures!

Timelines of World History: This book is an absolute gem and I recommend it to anyone!  I did a comparison and most timeline events are covered!

Time Traveler: This books goes back in time into Egyptian, Roman (and Medieval and Vikings) civilizations.

The Encyclopedia of World History has four sections covering the Ancient World, Medieval World, Prehistoric World, and The Last 500 Years. It is a wonderful overview of many of the civilizations studied (the prehistoric section does mention evolution) in the Classical Conversations timeline.

Medieval World. This wonderfully illustrated book takes the reader through the medieval world, from the big battles to kings and warriors, from peasants to palaces; we love looking and the pictures and reading the small chunks of information. We also love Medieval Messenger, which is a parody newspaper written from the Middle Ages perspective!

Son of Charlemagne by Barbara Willard

The Sword in the Tree by Clyde Robert Bulla

The King’s Shadow by Elizabeth Alder

Wulf the Saxon by G. A. Henty

The Boy Knight by G. A. Henty

The Kitchen Knight: A Tale of King Arthur by Margaret Hodges

Saint George and the Dragon by Margaret Hodges

The Squire and the Scroll: A Tale of the Rewards of a Pure Heart by Jennie Bishop

A Medieval Feast by Aliki

The Minstrel in the Tower by Gloria Skurzynski

Adam of the Road by Elizabeth Grey

The Door in the Wall by Marguerite de Angeli

The Adventures of Robin Hood by Howard Pyle

The Magna Charta by Richard Daugherty

Joan of Arc by Demi

Joan of Arc by Diane Stanley

Bard of Avon: The Story of William Shakespeare by Diane Stanley

Good Queen Bess : The Story of Elizabeth I of England by Diane Stanley

Along Came Galileo by Jeanne Bendick

Martin Luther: A Man Who Changed the World by Paul L. Maier

Reformation ABCs: The People, Places, and Things of the Reformation―from A to Z by Stephen J. Nichols

Exploration and Conquest: The Americas After Columbus: 1500-1620  by Betsy Maestro

Who in the World Was The Forgotten Explorer?: The Story of Amerigo by Lorene Lambert

Around the World in a Hundred Years: From Henry the Navigator to Magellan by Jean Fritz

The King’s Day: Louis XIV of France by Aliki

Henry VIII and His Wives Paper Dolls  by Tom Tierney

Peter the Great by Diane Stanley

The Story of Napoleon by H. E. Marshall

Napoleon: The Story of the Little Corporal

My Napoleon by Catherine Brighton

The Story of Eli Whitney by Jean Lee Latham

Casey Over There by Staton Rabin

Bold Leaders of World War I by Col. Red Reeder

Children of the Great Depression by Russell Freedman

The Singing Tree by Kate Seredy: This story explores life on the Hungarian plains during World War I.

Anna’s Fight for Hope by Joann A. Grote

The Yellow Star: The Legend of King Christian X of Denmark by Carmen Agra Deedy

The Whispering Town by Jennifer Elvgren

The Harmonica by Tony Johnston

The Butterfly by Patricia Polacco

The Little Ships: The Heroic Rescue at Dunkirk in WWII by Louise Borden

Number the Stars by Lois Lowry

The Night Crossing by Karen Ackerman

The Winged Watchman by Hilda Van Stockum: This book is set during the trials of the Nazi occupation.

A Boy Named FDR: How Franklin D. Roosevelt Grew Up to Change America  by Kathleen Krull

So Far from the Sea by Eve Bunting

The Wall by Bunting

The Patriots’ Revolution by Mark Frankland

The Day Gogo Went to Vote by Elinor Sisulu

Reading is the most valuable thing we can do for our children. Snuggling up with a wonderful historical picture book or novel is going to benefit you and your child more than any memory drills or rote skills. Remember to slow down and enjoy this special time together!! If you have any suggestions to add, please let me know! I hope you’ve enjoyed this list of living books for medieval and modern history!

You can find a printable list here or to easily reference at the library! 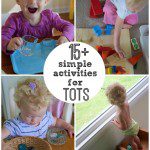 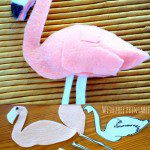 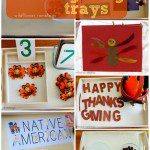 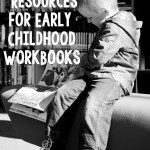 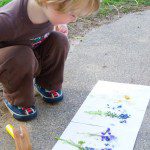