John, at over five months now, has been grabbing, reaching, and whining for our food. He has needed more nighttime feedings than before. And he has two, very sharp, carnivorous teeth. We have seen this as a sign that he is ready to explore the awesome world of Real Food. Certainly, we want the vast majority of his nutrients to come from breast milk, but food can also provide the fats, proteins, and vitamins his little body needs. We have wanted to be choosy about what foods we want to give him.

Nina Planck’s book Real Food for Mother and Baby gave me inspiration during pregnancy, and now, while nursing. It also focuses on first foods that are best for babies. She simply states that giving them the (real) food you eat is best; simply mash it up and give it to them. This is not rocket science, but it makes me feel less stressed about the daunting task of “making baby food”. We have a small food processor, as well as a hand mixer, both which should come in handy, but mashing food with a fork works too. Planck talks about the importance of giving saturated fat to babies, an important fatty acid for brain development, after all. We want his first foods to include: egg yolk, mashed veggies with butter, lard, or coconut oil, banana, avocado, cheese, shredded and ground meats, cod liver oil, coconut milk, etc. We are going to try to avoid sweets, except (not too many) fruits, and no white flour or sugar for as long as we possibly can.

Nathan and I have given John a taste of food in the past couple of weeks, in that, he has sucked on a carrot, had juice from an orange slice, had a small piece of avocado, sucked on my organic apple or pear core. But, alas, yesterday, he became a big boy, and had his first official “meal” in his new highchair. Nathan and I chose to give him mashed potato (with a bit of butter and salt) as his first meal. We know that: 1) this is not rice cereal, and 2) that only one food should be introduced at once. We have broken all the rules, and Ezra is still alive; sound an alarm. We decided that we wouldn’t give him any cereals.  I am glad that this concept has headed more into the mainstream, there was an article from USA Today about rice cereal and parents’ and pediatricians’ growing concerns about why this has become the staple for baby’s first food. (Iron is so important for baby’s development, but why not go to the source — meat or liver — rather than iron-fortified cereal?) My pediatrician, also, suggested that, perhaps, this is not the best choice. (“We tell adults to eat whole grains and brown rice, after all.”) So we will, to repeat myself, stay away from “white” for a while (besides God’s gift to mankind: the potato.)

And here John is holding his very first meal, an organic red potato, before it has been peeled, boiled, and mashed with butter and sea salt.

We put the food in front of him, but he just whacked it to the floor, so I fed it to him with my own fingers; we also have plastic bowls and spoons.  We will continue to put it in front of him, however, so he learns to feed himself.  We do want to make sure that the food in front of him doesn’t become a toy of sorts and he isn’t throwing it on purpose, then of course, we would take it away and talk to him about table manners.  (Important to get a handle on that from the get-go, I think.)  He wanted more, but we are deciding to start very slow, since we are beginning before the six month mark, somewhat sad for me, but he will receive very small meals every other day or so at the beginning.

I heard about Wim Hof “Iceman” from a convention last June. Simple and free ways to improve my health, yes please!
Happy Monday friends! I'm so glad I can brighten your Monday with another giveaway!
Who else is enjoying the beautiful snow?! My son found Narnia! ✨ #snow #childhood #family
Did you know that we have a FULL tab dedicated to alphabet resources? This is a gold mine for any parent who is ready to start teaching the alphabet. There are plenty of articles on teaching techniques and activities for every single letter! Head over to the blog and click the ABC tab today!
Happy Monday friends! I'm so excited to share a copy of this lovely book with one of you.
Art is not something I’m familiar with. Growing up, I thrived in theater and music, but never art. Unfortunately, I always felt like “I wasn’t good” or “that’s not my thing.” I’m sad about this! Since homeschooling my children, I’ve come to realize that I’m indeed a wonderful artist!! I can draw plants and bumblebees and even an octopus! I just need a bit of time, good materials, and a good teacher.

I heard about Wim Hof “Iceman” from a convention last June. Simple and free ways to improve my health, yes please!
Happy Monday friends! I'm so glad I can brighten your Monday with another giveaway!
Who else is enjoying the beautiful snow?! My son found Narnia! ✨ #snow #childhood #family 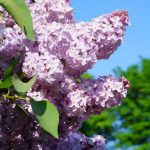 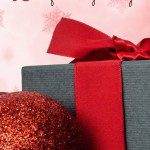 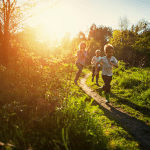 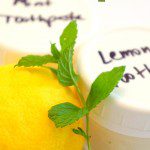 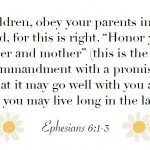 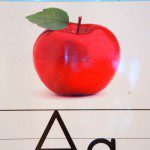