You are here: Home / Health / The best cream for my son’s eczema: Ode to Vanicream

My son has eczema. And not just “oh a little dry skin and I’ll call it eczema”. His skin made me cry it was so bad. When he was a baby, my doctor told me it was the worst case she’d ever seen. We had tried every organic lotion and oil known to man, as well as most over the counter creams. Nothing helped his red, cracked, itchy skin.

And our referral to the dermatologist ended with prescriptions for steroid cream and antihistamine medicine. These are just bandaids on a gaping wound. I didn’t want to give my son something that wasn’t going to heal him, and only block some symptoms. So, I never filled these prescriptions, but took her advice to try plain ol’ Vaseline, especially on damp skin to “seal in the moisture”. This did help immensely, and was the best product we’d tried. Who knew that my mom and grandma were right? Petroleum jelly, say what you will about its “un-naturalness”, but it saved my baby’s face and legs, for a while. His skin didn’t look or feel smooth, but it was no longer cracking and it was a lot less itchy. I was annoyed when it stopped being as effective, because using it had taken a toll on his clothes, sheets, my clothes, due to the greasy nature of Vaseline; this stuff does not soak in, it just sits there.

Well, I dumped the Vaseline, and tried a few more over the counters: CeraVe, Aveeno, Aquaphor, Eucerin, Egyptian Magic, Tate’s Miracle Conditioner, coconut oil, calendula oil, etc, you name it. I have tried at least 20+ different remedies. We were using Eucerin for a while (also a petroleum based cream), but then my son’s gluten allergy was diagnosed…. and in about all the lotions you see at a pharmacy are that evil “wheat product”. That’s why his skin is red every time after I apply. Doh.

Another trip to the dermatologist, with more lies that I used the creams and drugs they prescribed, claiming some relief, but not long term (which I knew would be the case even if I had used them). And she suggested (Ah, angels singing!) Vanicream. I ordered it, reluctantly. Another $15 down the drain. Amazon carries it; pharmacies do not. And I can proudly say that, after one month of using it on my son’s scaly, red, cracked, itchy legs, he is not red and he is even smooth! This is a miracle. Not only does it work, but it is a nice consistency, soaks in, a nice thick cream that lathers on him after his baths and before bed. He does not itch at it. And in his sweet two year old voice says, “soothing,” as I moisturize him up.  (I have to add, too, that the SUN has probably assisted Vanicream’s miracle-ness, but no other lotion has helped him, even with all the sun in the world.)

I hope and pray that its effects won’t wear off. I hope this is all we will ever need. I have even begun using it and am happy with the results in my face and body. This is a wonderful, hidden secret, and every mom whose child has skin ailments must try it! I hope you get the same results as we did.

$11 for a wonderful cream, free of dyes, fragrance, masking fragrance, lanolin, parabens, and formaldehyde (16 oz).  Well worth it.

« Low iron in pregnancy: Ode to Floradix
A father’s mission after the death of his daughter following Hepatitis B vaccination » 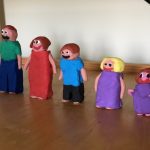 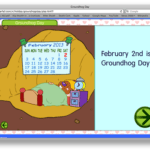 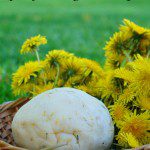 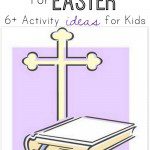 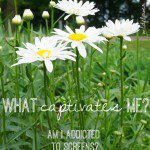