We are excited to share our Cc week of alphabet Tot School!  John loves and asks for “school” every morning.

This schedule keeps things ordered.  I’ve type-written in what I want to do as far as language, and I make sure that I also fit in at least an additional sensory and practical life activity per week.  I use Homeschool Creations’ great Preschool Schedule.

Every week, I put out six tot trays out for the week and I try to be intentional with activities  that correlate with each of the four Montessori learning categories: Language, Sensory, Mathematics, Practical Life.  Our Tot Trays are out on our shelf all week.  John can play with them at any time, but sometimes I’ll take one out intentionally for us to play together.

This week, we had a pom-pom-ice-tray-tong-sort.

We had an orange sensory bin.  John likes to play “guess” with this — we put a cloth on top and he guesses what he is touching.

An orange funnel with an orange piece of felt.  I was looking for more orange activities and found this funnel.  Then I thought about how difficult it is to put things through a funnel.  John had a hard time putting his finger deep in the hole and then pulling the felt through the other side.  A great fine-motor activity!

A clothespin color sort.  This is an old Melissa & Doug wooden crate I had, so I colored some clothespins and parts of the crate and he works on colors and pinching clothespins.  He loved this and I was so impressed by how quickly he can do it!  I need to challenge him more!

A C is for Cat lacing card.  He carried this “big cat” everywhere he went!

And his first little purse.  I don’t use this Vera Bradley coin purse anymore, and he had a blast trying to open and close it.  I put a little mirror, a little measuring tape, and a little elephant in it.

Bible verse of the week:

We will be changed into His likeness.  2 Corinthians 3:18

We use the ABC bible verse songs from Songs for Saplings.  These songs are so catchy, beautiful, not “children’s music annoying,” and I find myself singing and learning and memorizing the bible verses along with John.  Carisa at 1plus1plus1equals1 has made coordinating ABC Bible Verses posters which have really helped with his memorization as well.

Letter of the week: Cc

Our curriculum consists of 1plus1plus1equals1‘s Tot School ABC’s.  We don’t do everything that she includes in her packs, but we do most.

This week’s object/animal from her curriculum was a cat.  John loved it, was obsessed with it, couldn’t get enough of these cats!  Which is hilarious because I hate cats — or I’m just very allergic and have told myself that I can’t stand them.  Either way, I hope this boy won’t be heartbroken that we can never have a real one!

Stamping the letter C on his C is for Cat page.  He wasn’t real excited about this.  (You can see him holding his beloved cat lacing card from his tot tray.)

Do-A-Dot markers on his C is for Cat page.  He is using his left hand in this one.

Yellow Do-A-Dot markers on a cute little cat from 1+1+1=1‘s Farm Animal pack.  He kept wanting me to print more out!

This week’s big break-through was that I taught him how to hold a marker correctly!  I bought these little writing claws, but they weren’t really working with the markers we have and John was frustrated.  So I just told him and showed him how to do it.  And now he holds a marker properly-ish.  Look at the difference below!  He is really improving on coloring “on” the pictures.  I showed him what coloring in the lines means too, which of course I don’t expect him to do, but wanted him to see what he could do, if he wanted to try.  Here we are using dry erase markers on heavy duty sheet protectors. We have these thin tipped markers.

We also used the crane pages from Royal Baloo‘s Terrific Truck ABCs.  John loves everything truck, so these are perfect — they are on the right in the picture.  (I’m creating some…. very…. elementary continutations to this because she only did letters A – D).  We hang our pictures up on a clothesline above his bed.  He loves looking at them and showing everyone who comes in, “I did that!”

Here is John with his magnet page from Homeschool Creations (we also find them at Making Learning Fun).  We bought some cheap magnets from Amazon, and switch them out every other week with these cute pom pom magnets.  C is for Carrot too, so we ate carrots while doing it!

Book of the week:

We chose Corduroy by Donald Freeman!

I love the Five in a Row curriculum, the premise is that you should read the same children’s book to your child for five days in a row, all week.  We have Before Five in a Row, and are reading through some of the books in there and also picking books according to our season, theme, or interest. Homeschool Creations and Homeschool Share have many printable resources for the Five in a Row series.  Other wonderful moms have provided literature-based printables on their sites too.  I am taking full advantage.

My sister gave us her Cordoroy bear and John was so surprised to see it as part of our Corduroy Sensory Bin! 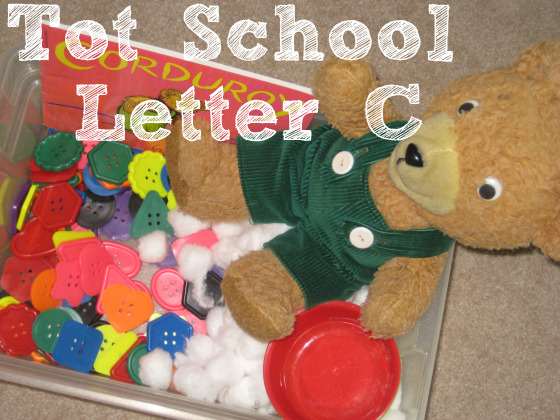 Cute buttons from Oriental Trading, cotton balls for the soft mattress, some sorting bowls, with the book and Corduroy himself!

Mini book of the week:

Our mini book this week was a wonderful printable book from Homeschool Creations.  It corresponds with our book of the week while focusing on button shapes!  We ended up including it with the sensory bin and John loved it!

John loved being introduced to these counting bears.  I gave them to him to see what he would do and he immediately started sorting by color!  Later, dad helped him make patterns.

We also, of course, took out his Lego Duplos, as well as these Little People Builders.

Our Cc collection on our refrigerator.  Lots of fun with C this week.  (Though he has mistakenly called it S sometimes.)  (We use a lot of Melissa & Doug magnetic letters and his Leapfrog Magnetic letters — I found this at a garage sale, but I would have paid full price!)

I love that the Tot School ABCs curriculum already has a lot of sensory elements.  Pom pom magnets, play dough, using different writing materials.  We try to be intentional with at least one or two additional sensory activities per week as well.

This week, we had Shaving Cream exploration time!  I gave him a good squirt of shaving cream on the kitchen table with some utensils and bowls and he loved it!  At first he didn’t want to get his hands dirty, but then he realized that that was part of the fun!

We have also enjoyed going to a weekly toddler music class.  He is very interested in guitars right now.  He got a little one for Christmas.  And he also loves playing on our keyboard.

Opening the butter up for a recipe with mom!

We explored colors with finger paints this week.

« Your eggs should look like this
Cutting my Betty Lukens bible felt set …. it is worth it! » 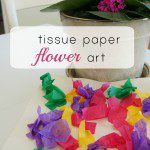 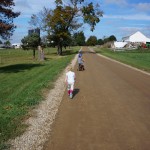 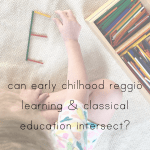 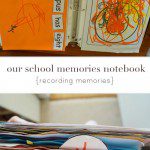