You are here: Home / Abortion / Margaret Sanger, in her own words 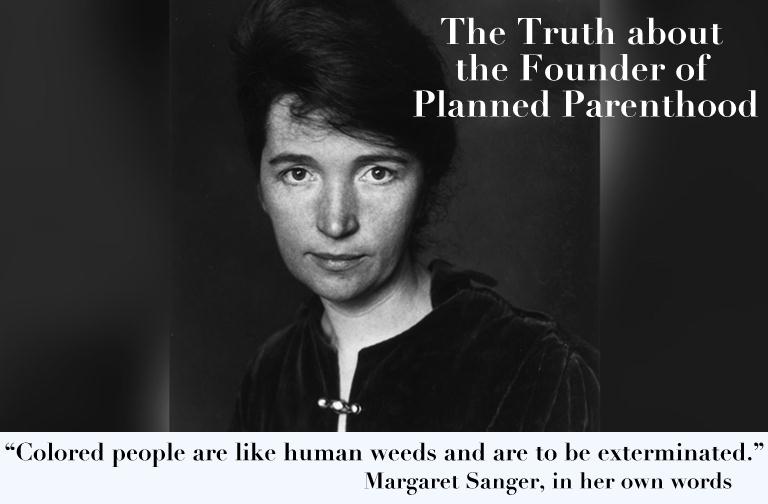 Quotes from Margaret Sanger, Founder of the American Birth Control League, which then became Planned Parenthood, showing you the real mission of the organization, which is to implement Eugenics, especially on people of color:

“We should hire three or four colored ministers, preferably with social-service backgrounds, and with engaging personalities. The most successful educational approach to the Negro is through a religious appeal. We don’t want the word to go out that we want to exterminate the Negro population. and the minister is the man who can straighten out that idea if it ever occurs to any of their more rebellious members.”  Margaret Sanger’s December 19, 1939 letter to Dr. Clarence Gamble, 255 Adams Street, Milton, Massachusetts. Original source: Sophia Smith Collection, Smith College, North Hampton, Massachusetts. Also described in Linda Gordon’s Woman’s Body, Woman’s Right: A Social History of Birth Control in America. New York: Grossman Publishers, 1976.

“The most merciful thing that a family does to one of its infant members is to kill it.” Margaret Sanger (editor). The Woman Rebel, Volume I, Number 1. Reprinted in Woman and the New Race. New York: Brentanos Publishers, 1922.

“Eugenic sterilization is an urgent need … We must prevent multiplication of this bad stock.” Margaret Sanger, April 1933 Birth Control Review.

“Eugenics is … the most adequate and thorough avenue to the solution of racial, political and social problems.” Margaret Sanger. “The Eugenic Value of Birth Control Propaganda.” Birth Control Review, October 1921, page 5.

“Birth control itself, often denounced as a violation of natural law, is nothing more or less than the facilitation of the process of weeding out the unfit, of preventing the birth of defectives or of those who will become defectives.”[no source available at this time…] As an advocate of birth control I wish … to point out that the unbalance between the birth rate of the ‘unfit’ and the ‘fit,’ admittedly the greatest present menace to civilization, can never be rectified by the inauguration of a cradle competition between these two classes. In this matter, the example of the inferior classes, the fertility of the feeble-minded, the mentally defective, the poverty-stricken classes, should not be held up for emulation….On the contrary, the most urgent problem today is how to limit and discourage the over-fertility of the mentally and physically defective.” Margaret Sanger. “The Eugenic Value of Birth Control Propaganda.” Birth Control Review, October 1921, page 5.

“The campaign for birth control is not merely of eugenic value, but is practically identical with the final aims of eugenics.” Margaret Sanger. “The Eugenic Value of Birth Control Propaganda.” Birth Control Review, October 1921, page 5.

“Our failure to segregate morons who are increasing and multiplying … demonstrates our foolhardy and extravagant sentimentalism … [Philanthropists] encourage the healthier and more normal sections of the world to shoulder the burden of unthinking and indiscriminate fecundity of others; which brings with it, as I think the reader must agree, a dead weight of human waste. Instead of decreasing and aiming to eliminate the stocks that are most detrimental to the future of the race and the world, it tends to render them to a menacing degree dominant … We are paying for, and even submitting to, the dictates of an ever-increasing, unceasingly spawning class of human beings who never should have been born at all.” Margaret Sanger. The Pivot of Civilization, 1922. Chapter on “The Cruelty of Charity,” pages 116, 122, and 189. Swarthmore College Library edition.

“The undeniably feeble-minded should, indeed, not only be discouraged but prevented from propagating their kind.” Margaret Sanger, quoted by Charles Valenza in “Was Margaret Sanger a Racist?” Family Planning Perspectives, January-February 1985, page 44.

“The third group [of society] are those irresponsible and reckless ones having little regard for the consequences of their acts, or whose religious scruples prevent their exercising control over their numbers. Many of this group are diseased, feeble-minded, and are of the pauper element dependent upon the normal and fit members of society for their support. There is no doubt in the minds of all thinking people that the procreation of this group should be stopped.” Margaret Sanger. Speech quoted in Birth Control: What It Is, How It Works, What It Will Do. The Proceedings of the First American Birth Control Conference. Held at the Hotel Plaza, New York City, November 11-12, 1921. Published by the Birth Control Review, Gothic Press, pages 172 and 174.

Margaret Sanger continues to be praised as a hero for women’s rights by Planned Parenthood, the National Organization for Women, and many other feminist organizations.

The above photo is courtesy of Colorado Right to Life. 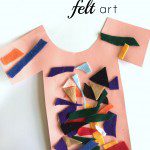 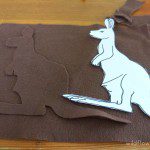 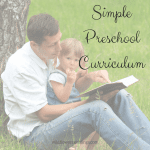 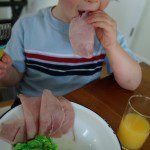 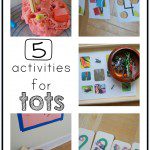 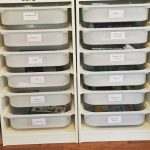