Breastfeeding is a God-ordained, beautiful process. And I am thankful to feed my son the way He and nature intends.  Thankfully, the support for breastfeeding in my family is abundant. It is normal and natural. It is encouraged. I am thankful for the normalness my family has shown and displayed. I only wish and pray that all breastfeeding mothers would be supported as I have been through this joyful, yet sometimes difficult, parenting choice.

Each of the mothers in my family have nursed their babies.  When I was pregnant, feeding my baby wasn’t even going to be a choice.  It’s not a question.  Mothers breastfeed.  My positive attitude (and to my shame, admittedly, sometimes, judgmental attitude towards mothers who feed differently) towards breastfeeding helped me through the struggle that began my breastfeeding journey.  The start (Part One and Part Two of my Breastfeeding Journey) to my nursing-hood was not easy.  My son, born with a tongue-tie, refused the breast for six long weeks until all the effort he and I put in paid off.  Since then, he has not taken a bottle (much to my delight and also sometimes to my dismay).

Through my struggle, I have met countless women who come from all steps of breastfeeding journeys.  Some whose babies latch instantly and everything is roses and peaches.  Others (like me after we finally got it) who endure the first weeks of nipple blisters, bruises, and welts.  Many whose babies never will take the breast, or never take the bottle.  Some whose milk has only come in in one breast.  Women whose milk dried up too soon.  And some (including some people very close to me) whose milk, literally, never came in.  My own struggles and joys have made me so thankful for the/my ability to nourish my son through my body, and also, have completely changed my thoughts on others mothers’ choices, as well.  I realize that every mother does the best they can.  Period.

My milk, to me, is a miracle every time.  I often wonder, “How is my body doing this?”

Through it all, both before and after I birthed my baby boy, the women in my family have nursed by example and they have supported me.  Here are some examples of their support:

My 80-something year old grandmother, upon my nursing my son in front of her and asking if she was comfortable with it: “Oh honey, I nursed six children, as long as you’re comfortable.  I’ve seen everything, honey….  I nursed when it wasn’t popular and they said formula was better, but I was a pastor’s wife, so why would I go out and buy formula when I had the milk, for free, wherever we went?!”

My aunt while talking to her about her nursing relationships with her two (now grown) children: “I gave both of them all that I could.”

Another aunt: “I remember breastfeeding my daughter on a bench when we lived in England when she was two years old.  It might have been taboo, but I didn’t care.  My daughter was allergic to cow’s milk, so I nursed her longer.”  (She later would go to have two more children, through adoption, both of whom she did not breastfeed.)

Another aunt on the ridiculous nursing capes: “We used those too, I remember using one [with all four of her children], but at least you can look at each other with the boning they use now.”

I remember (long before I was ever married) my cousin talking about the change in her breasts after breastfeeding her first son, “It’s worth it.”  She went on to nurse all four of her babies.

I went to another cousin for nursing advice and even milk! My milk didn’t come in until seven days after my homebirth, so my cousin gave some to us since she was nursing her six-month old at the time.

I have countless friends who have nursed or are now nursing alongside me.  These mothers before me or with me are all amazing rocks in this journey of motherhood.

And my mother. She nursed me (and all four of her children). She talks about her times of breastfeeding as if she had not a care in the world.  When I showed her my (beginning) blisters or the cut from when my five month old bit me, she just said, “No, it never hurt, it was just a wonderful and natural time.”  I think her memory might be failing her, or maybe she was blessed with a no-pain experience.  But she remembers, fondly, the time that she had each of her babies at the breast.

My son is nearly one year old, and I plan to nurse him for at least 18 months. Most of my family nursed their children up to the “magical 12 month mark” and I hope that I will still experience support these next months because we are both not ready to quit nursing.  Above all, it is nourishment for him. I feel happy that his chubby legs are due to all the saturated fat and goodness he is getting from me. He eats solids two times a day, and loves to eat “real” food, but I love to know that he is getting many needed and important nutrients from me.  I make sure to eat well.  I focus on never skimping on saturated fats and eat a lot of assorted beef, chicken, and pork (grass-fed when I can), eggs, cheese, (can’t eat milk or anything very dairy-heavy because my son will spit it up), coconut oil (for lauric acid, we also cook with butter, lard, and tallow), lots of fresh organic veggies, and tons of fruit as well, and I love to eat oatmeal with gelatin too.  I take Vitamin D3, fish oil, and B vitamins as supplements for my breast-milk, but also to ensure my own body is replenishing for a future pregnancy!  I am, by no means, perfect, but like I said above, I do believe I am trying my best.

We nurse for food, but for comfort, too.  I love snuggling him close.  He feels safe in my arms.  I hope that even after our breastfeeding relationship has ended, that he will always feel safe and comforted by me.  More recently, after nursing, he’ll unlatch, and just want to be cuddled for several minutes, and sometimes longer, if it’s in the middle of the night.  I don’t know if this is the beginnings of him weaning, but he still nurses a lot, so I hope he’s not ready yet.  I don’t think I’m ready.  But whatever these next few months bring, I know that breastfeeding has defined much of our relationship thus far. 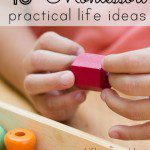 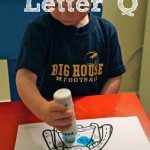 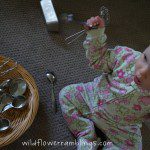 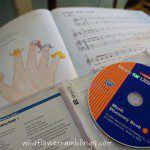 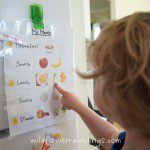